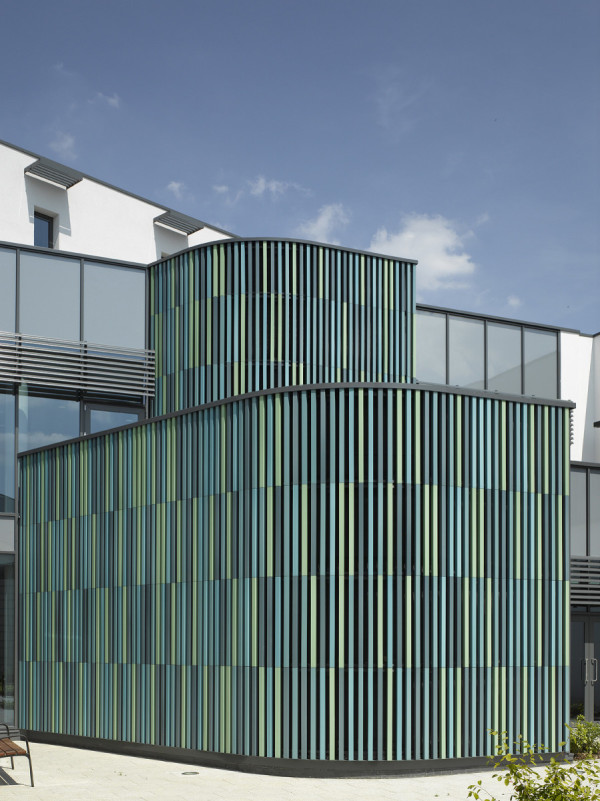 Convincing Realization of a Color Concept

In order to visually integrate the new three-storey clinic in its environment characterized by small-sized housed units, Murphy Philipps Architects in cooperation with color designer Frances Tobin developed an own color concept by taking into account the psychological effect of colors.

An integral part of this concept is approximately 3,500 terracotta panels and 2,000 terracotta baguettes glazed on all four sides with length of up to 48″. The baguettes were vertically installed in front of the curved glass facades of the access areas. The six green and blue shades exactly defined by the planners were specially developed for this project in the glaze laboratory of AGROB BUCHTAL after extensive test series. 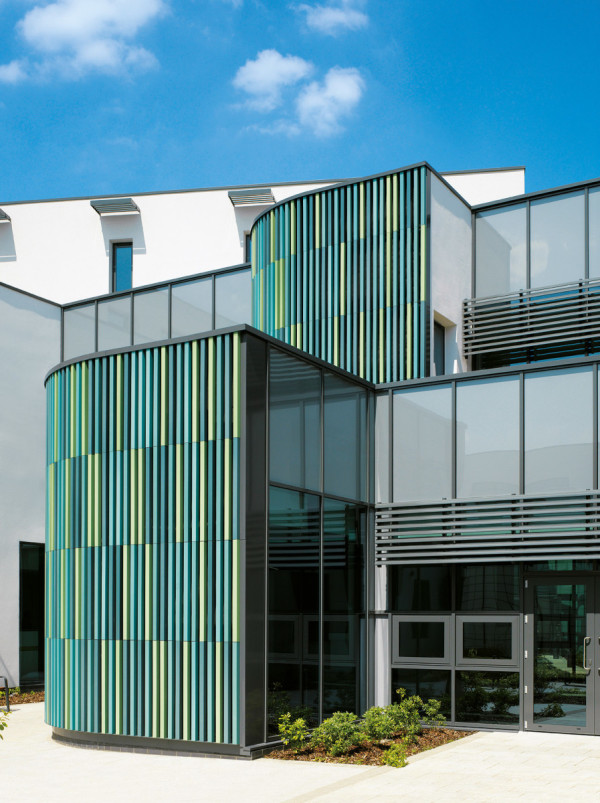 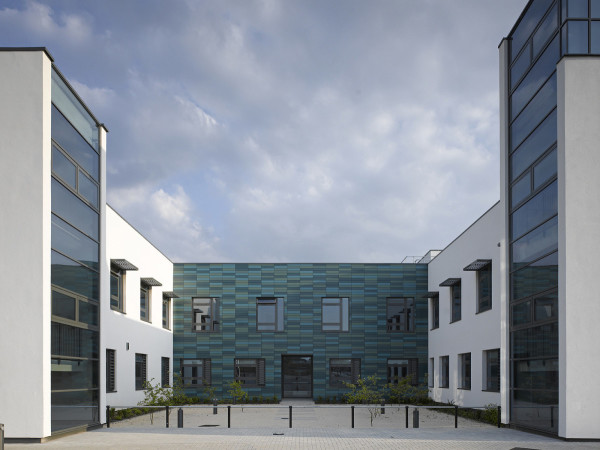 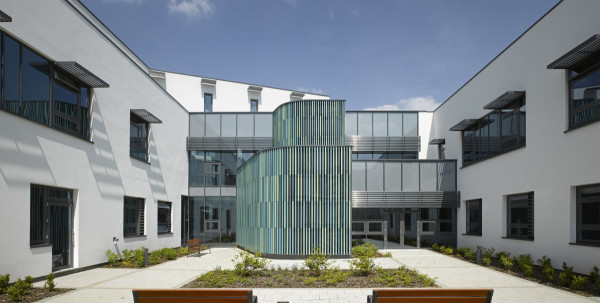 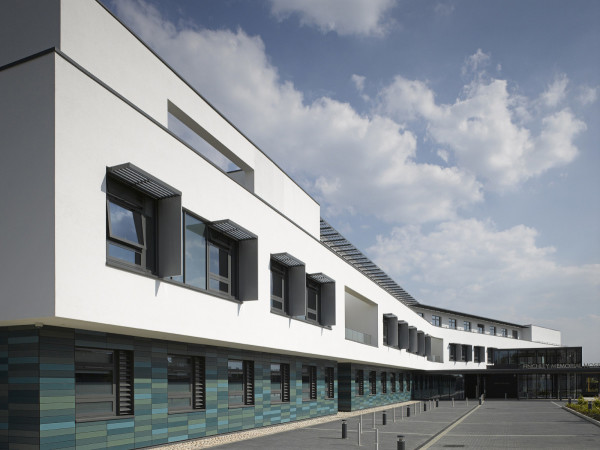 CB Products has 35 years of extensive experience in rainscreen façades, glazing, and other innovative exterior skin solutions. Our goal is to deliver state of the art rainscreen products to suit the needs of our clients. We work closely with architects, installers, and general contractors to achieve best solutions and strategies for building the exterior façades.
Our goal is to provide innovative building products to suit the needs of the owners and architects. Read More...